How to SUPERCHARGE your Immunity 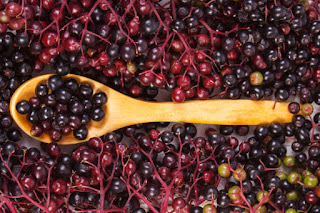 This time of year, cold and flu bugs seem as inevitable as an abundance of tempting goodies. But that’s no excuse to be complacent about your health. Instead, you can turn to several tried-and-true natural approaches to reduce your cold and flu risk. “Much of the immune system consists of, or is programmed by, cells in the gut lining,” says Jennifer Kaumeyer, ND, of the Riordan Clinic in Wichita, Kansas. “Probiotics and zinc are among the supplements that help keep these cells healthy.”

Of course, also remember to wash your hands frequently, especially after touching doorknobs, other people’s phones and your kid’s runny nose.

There’s a reason herbalists turn to echinacea to prevent colds and flus: It works. In one study, researchers gave 755 people either echinacea or placebos for four months. People taking the herb had fewer colds and needed fewer medications.

In one study, people taking an elderberry extract were completely free of flu symptoms after just two to three days, while symptoms lasted almost a week in people taking placebos. The herbal extract has broad-spectrum antibacterial and viral effects.

Dose: Take a teaspoon of sugar-free syrup every three to four waking hours until symptoms disappear.

NAC remains one of the most potent guards against colds and flus. Researchers gave either 600 mg of NAC or placebos twice daily to seniors. Those taking NAC still caught the flu but experienced fewer symptoms.

It’s more than coincidence that the cold and flu season occurs when people get less seasonal sunlight and therefore make less vitamin D. People need the vitamin to activate a variety of germ-fighting immune factors. A study of high school students found that taking 2,000 IU of vitamin D daily reduced the risk of catching the flu by 83 percent.

Researchers at the University of Helsinki in Finland analyzed data from 199 patients who took either zinc lozenges or placebos. All cold symptoms, including nasal discharge, congestion and hoarseness, decreased substantially.

Dose: Take one lozenge every two to four hours until symptoms subside.

At Comfrey Corner Natural Foods in the West Park Shopping Center, we carry all of these supplements and many more.  We look forward to you visiting our store!

Posted by BloggingNurse at 6:10 PM No comments: 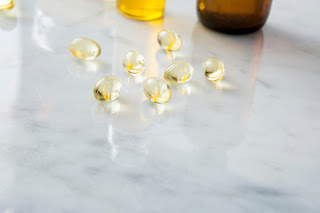 We hear plenty about the health benefits of omega-3s—and for good reason. More than 23,000 medical or scientific articles have been published on them, and nearly 3,000 articles have focused on their effect on people.

“As dietary fats go, the omega-3s are without question the healthiest, and they have no negatives,” says Ron Hunninghake, MD, chief medical officer of the nonprofit Riordan Clinic in Wichita, Kansas. “They have so many benefits to body and mind, and yet most people don’t get enough of them.”

The term omega-3 refers to the fats’ chemical structure, and the principal dietary omega-3s are EPA (eicosapentaenoic acid) and DHA (docosahexaenoic acid). Most supplements contain both, but in varying ratios. There’s also growing interest in DPA (docosapentaenoic acid), which is found in fish oil supplements but not usually listed on the label.

Although the term omega-3 is practically synonymous with fish oils, vegetarian sources of DHA and EPA are also available, but at lower doses.

Omega-3 fish oils are mild blood thinners and reduce the risk of erratic heartbeats called arrhythmias. Some research has shown that they can slow the heart rate and improve blood vessel flexibility. A new study, published in the Journal of the American Medical Association, looked at more than 45,000 people. The key finding: High blood levels of fish-source EPA and DHA lowered the risk of fatal heart attack by 20 to 22 percent. The researchers noted that high DHA and DPA seemed to have the greatest benefits.
Dose: 1 to 2 grams omega-3s daily*

Inflammation underlies arthritis, gingivitis, allergic rhinitis and other “-itis” diseases. Luckily, EPA and DHA are the building blocks of three powerful anti-inflammatory compounds, namely prostaglandin E3, resolvins and protectins. Diets high in grain-sourced cooking oils, such as corn oil, suppress EPA and DHA, but taking omega-3s restores a balance and reduces inflammation.
A new study suggests that DHA may have slightly stronger anti-inflammatory effects when compared with EPA, but it’s important to take both.
Dose: 2 to 4 grams omega-3s daily*

Not just a condition of seniors, dry eyes can affect computer users and people who wear contact lenses. Symptoms include stinging, a lack of tears to maintain a moist surface on the eyes, blurred vision and damage to the eyes. Several recent studies have found that dry eyes reflect an omega-3 deficiency, which can be corrected by taking supplements.
Dose: 1 to 2.4 grams omega-3s daily*

Omega-3s are essential for normal brain development in utero and early in life, but we need them throughout life, too. Natalie Parletta, PhD, of the University of South Australia, says they help “oil the brain.” Japanese researchers just reported that high levels of omega-3s, particularly DHA, can reduce the risk of depression by up to 45 percent. Numerous studies have also found omega-3s valuable in treating severe depression, post–traumatic stress disorder, anxiety, bipolar disorder, impulse control and hyperactivity.
Dose: 1 to 10 grams omega-3s daily,* depending on the severity of the mood disorder. Both EPA and DHA are effective.

Omega-3s can slow age-related cognitive decline. A study by Chicago researchers found that high omega-3 intake slowed mental decline in seniors, especially those with a gene that boosts the risk of Alzheimer’s disease. A study at the University of South Dakota found that women with high blood levels of EPA and DHA had larger brain sizes and less age-related brain shrinkage.
Dose: 0.5 to 1.5 grams omega-3s daily*
*1 gram = 1,000 milligrams

Posted by BloggingNurse at 5:54 PM No comments:

The Probiotic link to Better Health 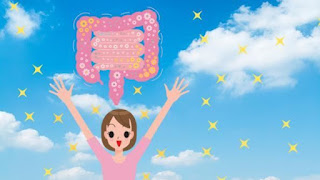 A few years ago, probiotics were off most people’s radar. But that’s changing—and fast.

The latest research on gut bacteria and probiotic supplements shows that they impact both body and mind in myriad ways. That’s pretty heady, because until recently most people “considered the contents of the bowels as mere waste products,” says Kirsten Tillisch, MD, of University of California, Los Angeles.

An estimated 1,000 species of bacteria and other beneficial microorganisms (known collectively as the microbiome) inhabit our lower digestive tract. Scientists have gleaned that a more diverse bacteria population is healthier than a narrow range. Antibiotics upset the normal balance, creating what’s called dysbiosis, a medical term for the inbalance of gut flora caused by too few beneficial bacteria and an overgrowth of bad bacteria, yeast or parasites. Food poisoning, stomach flu, poor eating habits and a lack of dietary fiber also hurt the microbiome.

Not all of the probiotics described here are sold individually, so you might have to opt for a multiprobiotic supplement that includes the ones you want. Follow label directions for use, but always take probiotics immediately after a meal to buffer the bacteria-killing acid of the stomach. Probiotic quantities are measured in colony forming units (CFUs).

Weight Loss. Overweight and thin people have vastly different gut bacteria populations, suggesting that dysbiosis may be a factor in obesity. When overweight individuals lose weight, their gut bacteria starts to resemble that of thin people. A six-month Canadian study found that L. rhamnosus supplements led to almost a 12-pound weight loss, double that of the placebo group. Another study found that Lactobacillus-rich yogurt led to an average loss of 3 to 4 percent of body weight, the equivalent of 10 pounds for a 250-pound person, after just 43 days. “Probiotics improve blood glucose and weight control by cooling down systemic inflammation and balancing gut-derived hormones that regulate appetite and insulin function,” says Mullin.

Mood Booster. Stress alters the microbiome’s composition, and the gut-brain connection is more than just a “gut feeling.” Gut cells make 90 percent of the body’s serotonin, along with appreciable amounts of other mood-enhancing neurotransmitters, including GABA, dopamine, adrenaline and noradrenaline. Recent human research has found that live-culture yogurt (compared with a placebo) improved stress resistance and reduced anxiety, and that a multispecies probiotic reduced negative thoughts. In other research, a combination of L. helveticus and B. longum eased stress, anxiety and obsessive-compulsive behavior and improved problem solving.

Antibiotic diarrhea. Antibiotics indiscriminately kill both harmful and beneficial gut bacteria, resulting in diarrhea and a greater risk of gastrointestinal infections. Researchers used a combination of L. acidophilus, L. paracasei and B. lactis to treat patients taking antibiotics for three weeks. The probiotics halved the risk of developing diarrhea and a subsequent C. difficile infection.

Allergies. More than 50 million Americans have allergies, but supplemental L. paracasei might ease some symptoms of allergic rhinitis, also know as hay fever. After five weeks, people taking the probiotics had greater overall improvements in their symptoms. Three other promising strains: L. paracasei, L. rhamnosus and B. lactis.

Posted by BloggingNurse at 8:29 PM No comments: 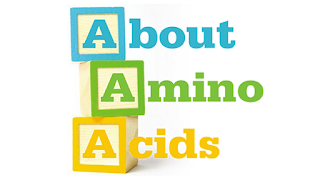 By middle age, you rapidly lose muscle mass, even if you exercise. You can counter some of this loss by taking branched-chain amino acids (BCAAs)—leucine, isoleucine and valine. Of these, leucine is by far the most important for making new muscle, and a recent analysis of nine studies confirmed its muscle-enhancing effect. Leucine works for seniors, too, who might actually benefit the most. Adding vitamin D and exercising amplifies the benefits.
Dose: Take a daily BCAA supplement containing approximately 2.5 grams of leucine, 1.25 grams of isoleucine and 1.25 grams of valine. Alternatively, take 3–4 grams of leucine daily.

Amino acid L-tryptophan and 5-hydroxytryptophan (5-HTP) form the key building block of serotonin, the neurotransmitter that protects against anxiety and depression. Supplements have been found helpful for these disorders, as well as with insomnia.
Dose: Take either 500 mg of L-tryptophan or 50 mg of 5-HTP three times daily.

The amino acid gamma- aminobutyric acid, or GABA, functions as a neurotransmitter that promotes a relaxed feeling while also increasing mental focus. It works by helping the brain tune out distracting “background noise.” A 2015 study by Dutch researchers found GABA supplements improve decision making and reaction times. Theanine, an amino acid found in high-quality green tea, boosts the brain’s alpha waves, which can reduce anxiety. GABA and theanine may be taken together.
Dose: Try 200–500 mg daily of GABA. You can add 200 mg daily of theanine.

The preferred form of the amino acid cysteine, N-acetylcysteine (NAC) is an essential building block of glutathione, the body’s principal antioxidant. An Italian study found that NAC supplements greatly reduced flu symptoms among seniors. Its side benefits include supporting the liver’s detox efforts and lung function.
Dose: Take 600 mg daily. Double the amount during the cold and flu season.

L-arginine functions as the precursor to nitric oxide, a compound that regulates blood-vessel flexibility. Increased flexibility is good for the cardiovascular system, and some research indicates that this amino acid can lower blood pressure. Men also need healthy blood-vessel tone for erections, and arginine may help men with erectile dysfunction, as well. Some research has also found that a combination of arginine and the herb yohimbe might increase blood flow to the vagina, which can increase arousal and help women achieve orgasm.
Dose: Try 1,000 mg of arginine three times daily.
SOURCE: Delicious Living (http://goo.gl/l9uxlm)
Posted by BloggingNurse at 8:18 PM No comments: